A brain aneurysm is a localised bulging of an artery in the brain due to weakness in the vessel wall. Brain aneurysms often only become symptomatic when they rupture and cause bleeding around and into the brain (subarachnoid haemorrhage). Occasionally, large brain aneurysms may show symptoms by pressing on cranial nerves. Symptoms may include pain around the eye, numbness or vision changes.


Brain aneurysm rupture is associated with a high morbidity and mortality. Ruptured brain aneurysms are fatal in about 40-50% of cases. Of those surviving the initial haemorrhage rebleeding occurs in 50% of patients within 6 months (usually within the first two weeks) if the aneurysm is left untreated.


The treatment of unruptured brain aneurysms is less time-critical and must be weighed against the estimated likelihood of future aneurysm rupture. This takes into account the patient's age, co-morbidities and the procedural risk associated with aneurysm treatment.

Until the early 1990’s, the standard treatment of intracranial aneurysms was open neurosurgery entailing a craniotomy, brain retraction, careful dissection to expose the aneurysm, and placement of one or more metallic clips across the aneurysm neck to stop flow in the aneurysm.

Since then, coil embolisation or endovascular coiling has rapidly evolved to become an alternative to surgery in many cases. By placing small, soft, platinum coils within the aneurysm via a tiny catheter introduced from the groin, open surgery can be avoided and recovery time significantly reduced. Although not all aneurysms are suitable for endovascular treatment, newer adjunctive techniques including balloon-remodelling and stent placement has permitted an ever increasing range of aneurysms to be treated without the need for open surgery.

Coil embolisation, often referred to as “coiling” of aneurysms, is performed under general anaesthesia and typically takes 2 to 4 hours. Patients usually spend one night in ICU followed by 2 days on the ward after an elective coiling.

Routine MRI or angiographic follow-up after endovascular treatment is scheduled at regular intervals. The first follow up is usually performed 6 months after treatment at which time the need and frequency of additional follow up is assessed. If aneurysm recurrence is detected, further coil embolisation or surgery can be offered as appropriate. 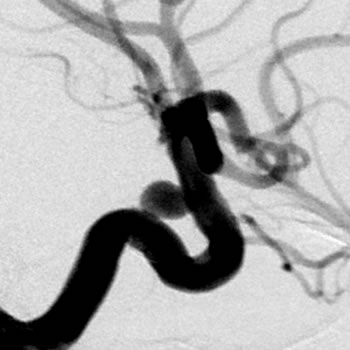 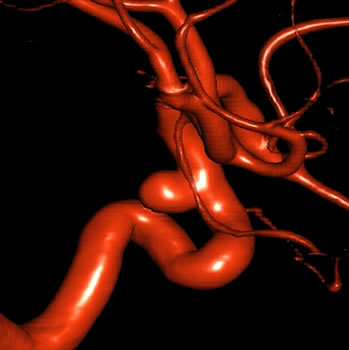 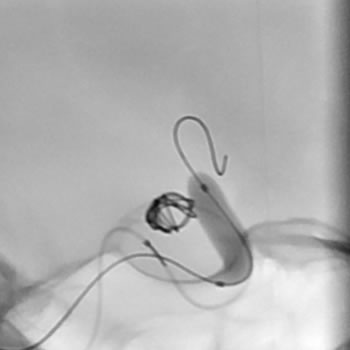 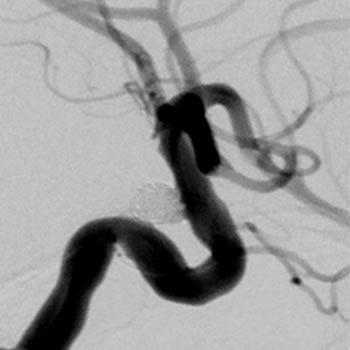